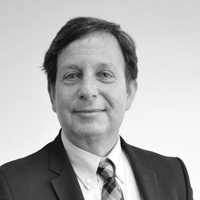 Establishing best-in-class HR practices are critical to an organization’s success.

Intelex Technologies is pleased to announce that Jon Hamovitch has joined the company as Vice President of Human Resources. Mr. Hamovitch brings more than 30 years of experience to Intelex and will lead the Human Resources department, focusing on recruiting, building, and engaging the best talent in the technology industry. Mr. Hamovitch will be responsible for both HR management and employee development and will work with the executive team to encourage and sustain a distinguished corporate culture.

“Having worked in human resources for many years, I know that establishing best-in-class HR practices are critical to an organization’s success,” says Mr. Hamovitch. “I will leverage my experience and expertise to develop and implement programs which will support Intelex’s rapid growth plans. I look forward to the challenges that will come along with this opportunity.”

Mr. Hamovitch joins Intelex Technologies from Eloqua, the leader in marketing automation solutions, where he most recently oversaw Human Resources, Facilities, Knowledge Management, Business Operations, and IT. Mr. Hamovitch was instrumental in helping Eloqua prepare for their successful their acquisition by Oracle. He was previously at AOL, where he oversaw the Human Resources department for Canada, Europe, China, India, Israel, and emerging markets as Vice President of International Human Resources.

Prior to joining AOL, he served as Vice President of Human Resources for Derivion, a start-up internet billing company and PC Docs, a document management software company. Before coming to both those organizations, Mr. Hamovitch was Vice President of Human Resources for Wal-Mart Canada. He has also held senior positions at Dylex, Mercer Consulting and Imperial Oil/Esso.

“Jon’s combination of strategic leadership and extensive human resources experience makes him an ideal addition to the executive team,” says Intelex President and CEO Mark Jaine. “We are very pleased to have him join us as we take Intelex to the next level of growth.”

About Intelex: With more than 850 clients and 750,000 users, Intelex Technologies Inc. is a global leader in environment, health, safety (EHS) and quality management software. Since 1992, its scalable, web-based platform, and applications have helped clients across all industries improve business performance, mitigate organization-wide risk, and ensure sustained compliance with internationally accepted standards (e.g. ISO 9001, ISO 14001 and OHSAS 18001) and regulatory requirements. Intelex is one of Canada’s most highly awarded and fastest-growing tech companies and has been named one of the Best Managed Companies in Canada, one of the fastest growing companies in PROFIT Magazine, as well as one of the country’s top employers by Aon Hewitt and Best Small and Medium Employers. For more information, visit http://www.intelex.com.